Grinding Your Way to a Paid UA Loop

Every once in a while, a new product emerges and hits the market like a thunderclap — when it’s clear a new tool or service has solved a problem better than anything ever has, when your company is able to deliver a user experience 10X better than anything else out there. As a consumer, I had that this experience the first time I used Google, Skype, Dropbox, Uber… Wow. Game changing.

The challenges during the peak times of exponential growth were keeping the servers up, hiring as fast as possible, and firefighting every day—often with little time to work on processes or long-term strategy. Marketing efforts frequently made no discernible difference—just noise against the undeniable signal of market demand. The companies that experienced this, endured, and thrived figured out how to manage their growth and sustain it—not at the same exponential rates, of course, but ideally revisiting those rates periodically with savvy strategic initiatives, innovations, and acquisitions.

Grinding your way to success

And then there are the grinders—companies which succeeded despite that initial, undeniable, lightning- in-a-bottle product-market fit. They started with maybe a 1X-2X better UX, but offered a compelling set of tradeoffs or served a niche audience, and built themselves up brick by incremental brick. They usually go to market early, learn from customers, refine and expand their value propositions, make smart bets and sometimes even grind their way into periods of accelerated or exponential growth.

I offer two examples of hugely successful companies that fit this profile: Amazon and Starbucks.

These companies may look like they had the same kind of initial home-run success—and to be sure, they have had some impressive traction—but neither of them had the initial, explosive, PMF enjoyed by Google, Skype, Dropbox, Uber, etc. Especially by the degree to which they initially solved the customer problem or delivered a better UX.

When I moved to Seattle in 1991, Starbucks had 100 stores worldwide. Today, they have over 30,000. I  went to Starbucks periodically. It was OK. It offered a nice set of tradeoffs from other coffee shops at the time—consistency, comfort, and friendly service, if a bit overpriced and pretentious. Maybe a 50% better experience, at most. 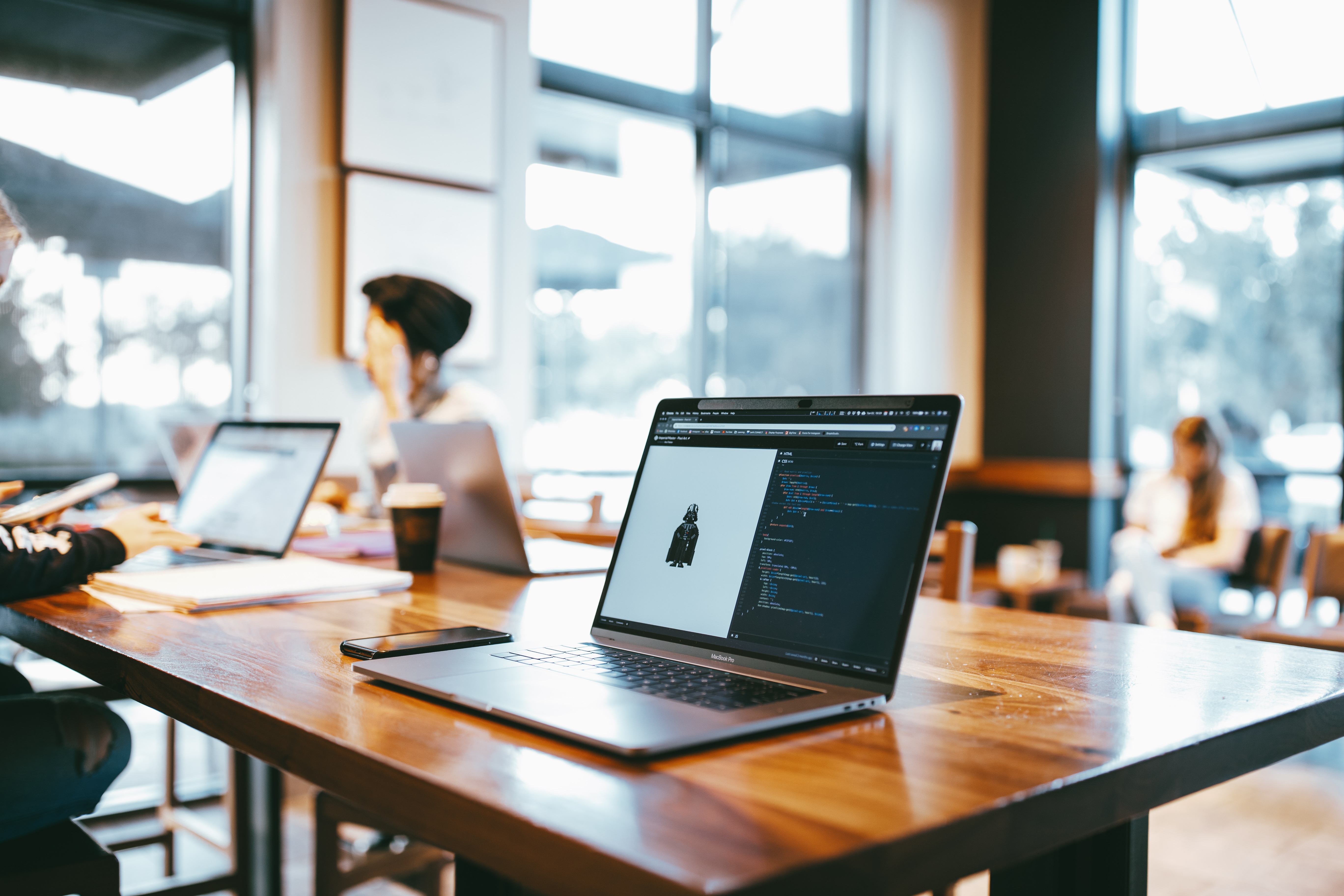 It wasn’t until years later, when Starbucks had really refined its customer experience, provided WiFi, expanded and diversified its offerings with hot food and iced tea, built a fabulous loyalty program etc., that the “Third Place” concept—the coffee shop as a place away from home and office for people to gather—really resonated with me. Over time, as a founder of three different startups in Seattle, Starbucks became the far superior space for investor, partner, and early (pre-office) founder meetings. I became such a regular that I found myself on a first name basis with more than a dozen Starbucks baristas around town and could barely have operated without the existence of Starbucks.

I’d lived in Seattle nearly three years when Amazon was founded. My wife and I used Amazon in the 1990s to buy books. Occasionally. It was OK, but nowhere near 10X better. We preferred Elliot Bay Books and The University Book Store for selection, recommendations, and shopping experience; Half Price books for value; our local Barnes and Noble for convenience. As Amazon carried more and more products, we used it more, but it wasn’t until 2-day/next-day/same-day Prime that it became indispensable—to the point that we keep two active Prime accounts—one in the U.S. and one in the U.K. despite the fact that we now live in Estonia, where Amazon doesn’t even operate, and Prime shipping doesn’t work.

What looks like an overnight success, rarely is. Some of us have seen the stars align, the rest of us have to grind.

This has been the story at Lingvist. I’ve learned to love to grind. It demands rigor. It forces data driven decisions. And it’s rich with learnings, many of which can be applied to your next project.

The talk I’ll give in February at MGS20 in San Francisco is for the grinders. If you’re having to manage the growth of your company, you might still find it interesting, and I expect you’ll hear a nugget or two about how to improve your ROAS, but it’s designed to address the problems of the companies on the cusp, those trying to make paid acquisition work at scale, or work for the first time.

At Lingvist, we have a systematic framework* for growth which has three core principles: 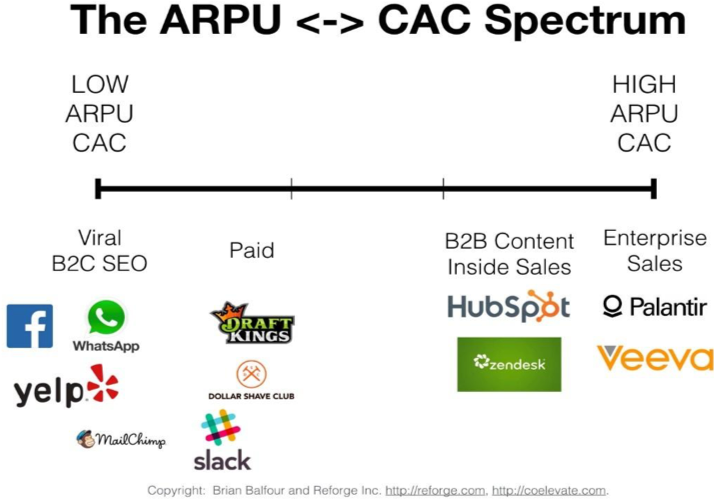 Starting with these principals, Lingvist has grinded into effective paid acquisition. Over time we:

When I became Lingvist’s CGO, it was early. We were pre-monetization, with under 500K (all time) registrations, some sporadic organic growth (driven by earned media, and word of mouth)—nothing

resembling a “hockey stick.” The first order of business was to define what growth meant to us. Registrations? MAU? DAU? Revenue?

Our DNA meant (and our user data told us) that we were not Duolingo. Our value came not from making language learning easy or fun for large numbers of people—many of whom would not have been learning a language otherwise. It was actually close to the opposite: making it possible to learn much faster, even if that made it more challenging.

Our learners were often intermediate or highly motivated beginners—with a powerful reason to learn: for business, expats living abroad, students, people for whom language learning (often English) would mean improving their financial situation, or people wanting to connect with family members or their heritage. Our audience was narrower than Duolingo’s. We would not be able to match their registrations, MAU, or DAU, nor their viral coefficient. But our learners were motivated, hungry—especially for the efficiency we offered. The hypothesis was that they would be willing to pay for the value we created.

We had some inherent virality. Even before we monetized, we did paid UA to have users with whom we could train our learning algorithm and test product features. We would see an uptick in the registrations whenever and wherever we bought. We analyzed the data and came up with what we term our “organic halo”—the additional registrations which come from our word of mouth growth loop. Knowing the value of this halo has been critical in our hunt for positive ROAS because we know that, for us, a measured ROAS of say, 0.8 means we have a “true” ROAS over 1.0. We went out with a Freemium monetization model initially because the initial goal was not to reach positive ROI on acquisition spending—we were still in the mode of acquiring learners as cheaply as possible to improve our product. Nonetheless, we couldn’t help but hope that we’d get lucky when we began monetizing in early 2018.

ROAS for most of the year hovered under 0.2. Our best campaign in October 2018 had a ROAS of 0.16. Coincidentally, this was also the point where we got serious about paid UA as the core loop we needed to make work and began to hunt for positive return on acquisition spend.

We developed an in-house creative team and the beginnings of a process, bringing a designer onto the growth team for the first time, followed by a copywriter (shared with Product). And with better creative, the needle started to move. Three months later we were at 0.5.

The talk I’ll give at MGS20 starts here and covers where we’ve gone from there. There have been three specific areas that have delivered the biggest results. I’ll go into detail on these three areas of focus:

None of these things would have made enough of a difference on their own, but in combination we’ve been able to see results. Plenty of grinding remains to be done.

*There have been many sources of knowledge and inspiration that have helped me be effective and arrive at our processes. Books, websites, of course, but I’d call out one mentor and one program in particular. The mentor, Eric Seufert (mobiledevmemo.com) and the program (no affiliation with Eric) is Reforge from Brian Balfor, Andy Chen & many others). Those of you who have done Reforge can see that I’ve adopted much of their framework, as it resonated strongly with my experiences in product growth. If you haven’t checked it out, I highly recommend it. I receive no compensation whatsoever from Reforge or Eric except the satisfaction of being part of their Word of Mouth growth loops. 😉

In addition to being CGO at Lingvist, Scott is a serial entrepreneur and mentor in entertainment, games, fin tech, and ed tech. He has a passion for applied AI, and is an expert at motivational design/gamification, engagement, and monetization.