Putting LATAM on the Map

By Harlyn Pacheco, COO of Picap

Some days during “amor en los tiempos del Covid-19” it’s a challenge to keep up with the day-to-day responsibilities of growing a business, being a father, being a partner, and giving forward. Other days, I’m energized when I provide a guest appearance on friends’ virtual classroom sessions serving students ranging from my childhood home of Bosconia all the way to Washington Heights in New York City.

First, I recognize that the pain is real. The economic and transformative pain of isolating has a cost— a cost outweighed by the further loss of human life we’d experience if we didn’t isolate. And yet our young people want to know what we’ve done previously to evolve after crises of yesterday. Literature, music, and history offer lessons on how Latin America has fought back waves of colonization and fascism and created sustaining narratives of growth. Literature, music, and history offer lessons on coping and channeling our energies forward.

Second, students take an interest in learning that I’ve scaled a number of apps and digital products across the continent. Unsurprisingly, the students quickly shift the conversation to their ideas for apps—apps that should just shame us into recognizing how much further we have to go. Students I’ve spoken to have easily identified how apps and technology can play a role in averting climate disasters, preserving indigenous autonomy, providing more mobility options on rivers, and upskilling Latin America for the 21st century. The truth is, 15-year olds in Guatemala can tell you about user incentive structures and Android-first considerations better than a Silicon Valley engineer can.

LATAM has been on the map 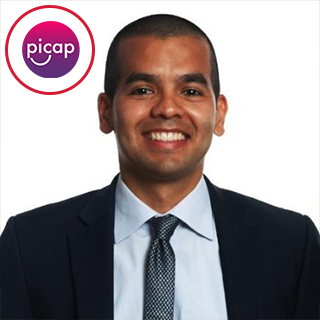 Latin America has always been on the map. And this is one of many moments to recognize our talents for building solutions, technologies, and apps that will be of critical importance during the next wave of collective, regional, and group-specific Latin American experiences.

In the coming months, many regions of the world will be asking themselves questions on how to provide for their regions first before providing for neighbors. We’ve already seen examples of this type of country-first, globalization-second behavior. I’ve fought back against this type of nationalism and division since my days as an activist in university. The only type of nationalism I like is ephemeral, consists of worshipping the kicking of a ball, and takes place every four non-pandemic years. I use tools different than I used as an activist but the mission to advance the lives of 700 million Latin Americans is just as relevant.

I’m here to suggest that technology and app-development can not only challenge the attempt to divide us further but can also unify Latin America in unprecedented ways. I look forward to sharing more at MGS GVC 1.0 on how, as app-developers and technologists, we have the opportunity to:

I’ll spare you the “there’s never been a better time” argument for launching a company. I also recognize that l sound like the infomercials that teach you how to trade stocks before you can jam to J Balvin on YouTube. But know that if you, like my friend Manolo from Colombia who’s living in Austin but soon moving to CDMX, are looking to launch an app in LATAM, the continent will embrace your efforts.

Our continent’s ongoing evolution depends on innovation. Our future needs you.

Harlyn Pacheco is the COO of Picap, a Colombia-based ride-hailing app. Follow Harlyn on Twitter @PachexMix. He will be speaking at MGS GVC 1.0.