The Golden Rules of Reddit’s Redesign

We’ve said it before and we’ll say it again: Product is the new marketing. The best way to find and keep users is to provide them with a useful app that provides a great experience. That’s why we turned to Andreas Gross to be our keynote speaker at last fall’s Product Jam in San Francisco.

Andreas, now the Senior Director of Product Management at Credit Karma, went back in time a bit to talk about a redesign during his stint at Reddit. Reddit’s 330 million users are nothing if not loyal but the dated design presented some problems for the community. With that in mind, the company undertook the long process of balancing the needs of new users with the expectations of the already loyal ones. 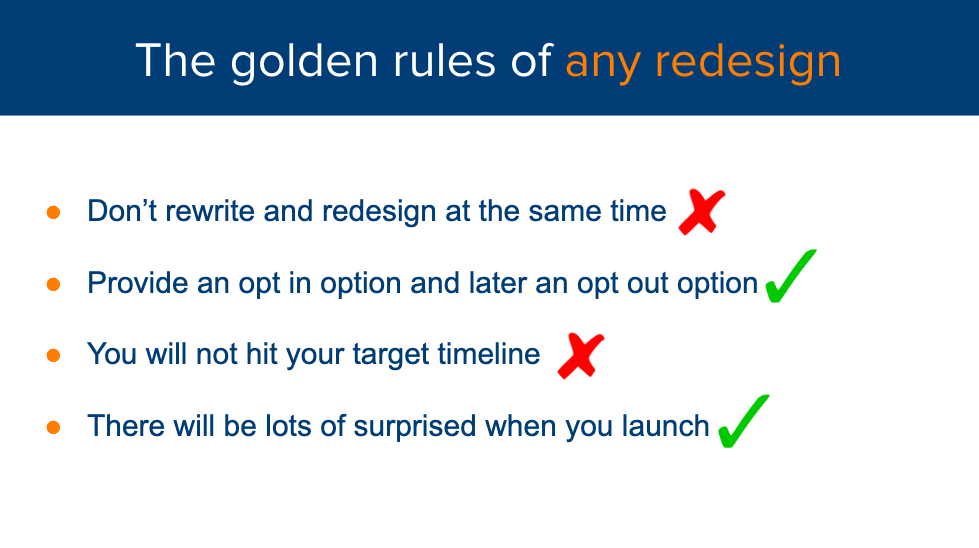 “The old design of Reddit impacted how people thought about the brand,” says Andreas. “Brands usually want to advertise with sites that look new and modern, and that just was not the case for Reddit as it didn’t change in 10 years. However, the primary reason was from a user perspective. We wanted to reach more users with the new design, as most aren’t accustomed to how Reddit looks and functions.”

For the uninitiated, Reddit could be hard to navigate, but for loyal Reddit users, that’s part of the site’s charm. With that in mind, Andreas and his team turned to users for their thoughts on the redesign.

Concept interviews with current users made it clear that Reddit had to find a way to keep its “quirkiness.” The team started a community dedicated to getting feedback from users and even looked at what users did with Reddit’s CSS to learn more about what they wanted from the site.

“We started the community very early in the process as we need a way to talk to our alpha and beta users,” says Andreas. “Every week we posted updates on Mondays and collected feedback. We used it a lot to examine ideas as well as fix bugs.” 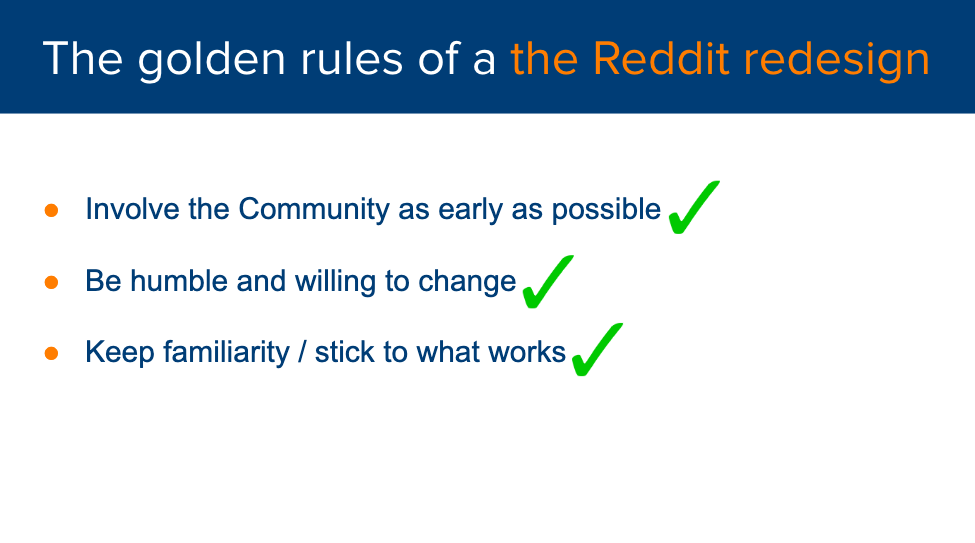 And, of course, the team employed A/B Testing to see if its metrics were holding up as they rolled out changes. “The only one that was down was commenting so we knew we had to focus more on that as its a key component to what makes Reddit successful,” says Andreas.

“The overall surprise was actually how smoothly it went. The other surprise, I would say, is that we started focusing on new users, however, we had to shift focus in the middle to make it more what existing users want as well. Given that, we didn’t have expectations to increase retention among new users. However, it ended up doing exactly that, which is really a good foundation for the future as the product continues to evolve.”

It took four teams, made up of 50 people, but eventually the redesign was a success. Still, that doesn’t mean the work is done. “All metrics looked good (either neutral or up)…” says Andreas. “However, after launching there was still more work to be done as we didn’t get a chance to build all features in the first round.”

Any redesign is an iterative process — one that never ends as you continue to learn more about your users and their needs, and expectations change. But done right, an app redesign can help bring loyal users further into the fold while opening up your product to new audiences.