The Future of Contextual Advertising with David Philippson

David Philippson is the founder of DataSeat, an ad tech veteran and entrepreneur who helped pioneer app attribution. After selling AdX tracking to Criteo, David advised many ad tech startups, and now he is now a part of  MGA’s Gaming Advisory Board. We talked to David about why he is focused on privacy-friendly contextual advertising as the future of mobile game marketing advertising. 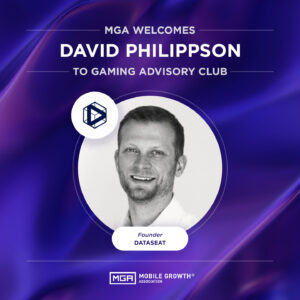 A: Apple created the IDFA (ID for advertisers) as a substitute for UDID (unique device identifier) in 2012, as the UDID was not resettable by the user. The IDFA was considered to be more privacy-friendly as users could reset it themselves. The main purpose of IDFA, when it was originally created, was to allow marketers to track LTV and to allow for accurate attribution to marketing campaigns.

Unfortunately, IDFA had another significant benefit for many large ad tech firms that were able to gather this data at scale and were then able to profile users based on what apps they download and their usage within those apps. This is known as behavioral targeting, and marketers abandoned contextual advertising in droves to adopt behavioral targeting. Apple did not create IDFA to allow a bunch of firms to build profiles without explicit user consent and I am sure from their perspective it was a negative unforeseen consequence to privacy and is very likely a major driver for Apple iOS14 ATT (app tracking transparency) which has all but removed IDFA.

Q: On the flip-side, why is contextual advertising making such a huge comeback now?

A: It is no secret that behavioral advertising drives better performance than contextual. This dynamic led to “whichever network could gather the most data wins.” It shouldn’t, therefore, surprise anyone that Google and Facebook dominated marketers’ budgets before iOS14.

Now that IDFA, a persistent identifier that allowed user profiling, has been removed, contextual is back in town! Because it relies on site context and not user behavior, contextual is targeted without being invasive.

Q: Why is contextual advertising a good choice for mobile game marketers?

A: It’s not just a good idea – moving forward it is the only choice for those that want to comply with privacy legislation. This isn’t just about IDFA or Google Sandbox, it’s clear that the privacy winds are changing and will continue to push us toward more control for consumers. Continuing to rely only on behavioral targeting will leave you behind.

Q: Cross-promotion has always been important for game studios with a large portfolio of games. Is cross-promo just a type of contextual advertising?

A: Cross-promo has the benefit of being able to use contextual signals (users from Game A convert best to Game B but not so well to Game C) and privacy-compliant first-party data. For example, our cross-promo clients benefit from being able to use our contextual algorithms but they can also layer in their own first-party data such as recency, frequency, depositor, ad whale etc.

Q: Is there anything game marketers need to know about contextual marketing that may not be as relevant to, say, a fintech or e-commerce app marketer?

A: The biggest contextual signal that drives performance is the publisher the advert is served in. So a gaming advertiser’s publisher white list will very likely be very different from that of a fintech advertiser. But other than which publisher is running the campaign all other contextual methodologies are the same.

Q: When it comes to privacy-compliant contextual advertising, what is the most important thing a game marketer should keep in mind?

A: You need to work with a completely transparent partner. Good results are only achieved by an advertiser and an ad network collaborating openly together. The age of arbitrage CPI black-box networks is over as this was only possible with device IDs and user profiling.